The project involves the renovation of an annex of a 16th century residence, near Assisi. The structure, originally used as a granary-dryer, has an inverted T shape with a central body that develops vertically, delineating a profile that recalls that of a tower. It was requested to adapt this volume to the new needs of the owners, who intend to convert the tower into a receptive structure, obtaining rooms / apartments without distorting the architectural form of the building. It was also requested to make the transformation flexible, thus being able to change the destination in the future in that of a house independent from the rest of the villa (but still accessible from there), with minimal and low-cost interventions.

Two hypothesis have been developed that provide a first accommodation solution with a total of 4 rooms and a second future option where, by means of a small change on the ground floor, it is possible to build a living room and kitchen with 2 master bedrooms.
Before dividing the spaces, the building was emptied, maintaining only the external walls and subdividing the floors with habitable heights, according to the regulations. In addition, a new staircase in a metal structure was inserted, which allows connection to all floors up to the roof-terrace.

The roof is trasformed in a terrace-solarium from which admire the surrounding landscape including the gardens and the pool of the villa. The lush vegetation and tall firs give the feeling of being among the top of the trees surrounded by nature. The parapet and the shell of the staircase will be made of glass, this for two reasons: having the minimum aesthetic impact through a light, transparent volume and illuminate the entire staircase with natural light coming from above. In addition, the glass cover can serve as a greenhouse structure that would accumulate heat in winter, releasing it into the rooms. 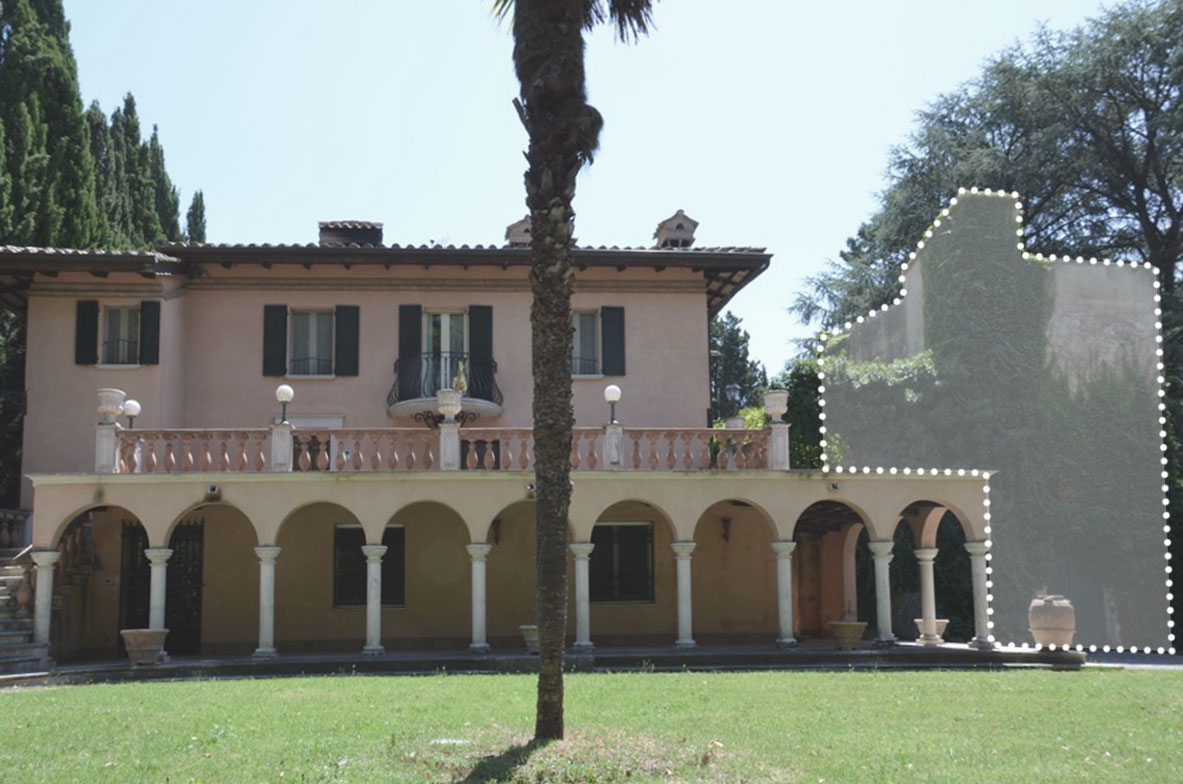 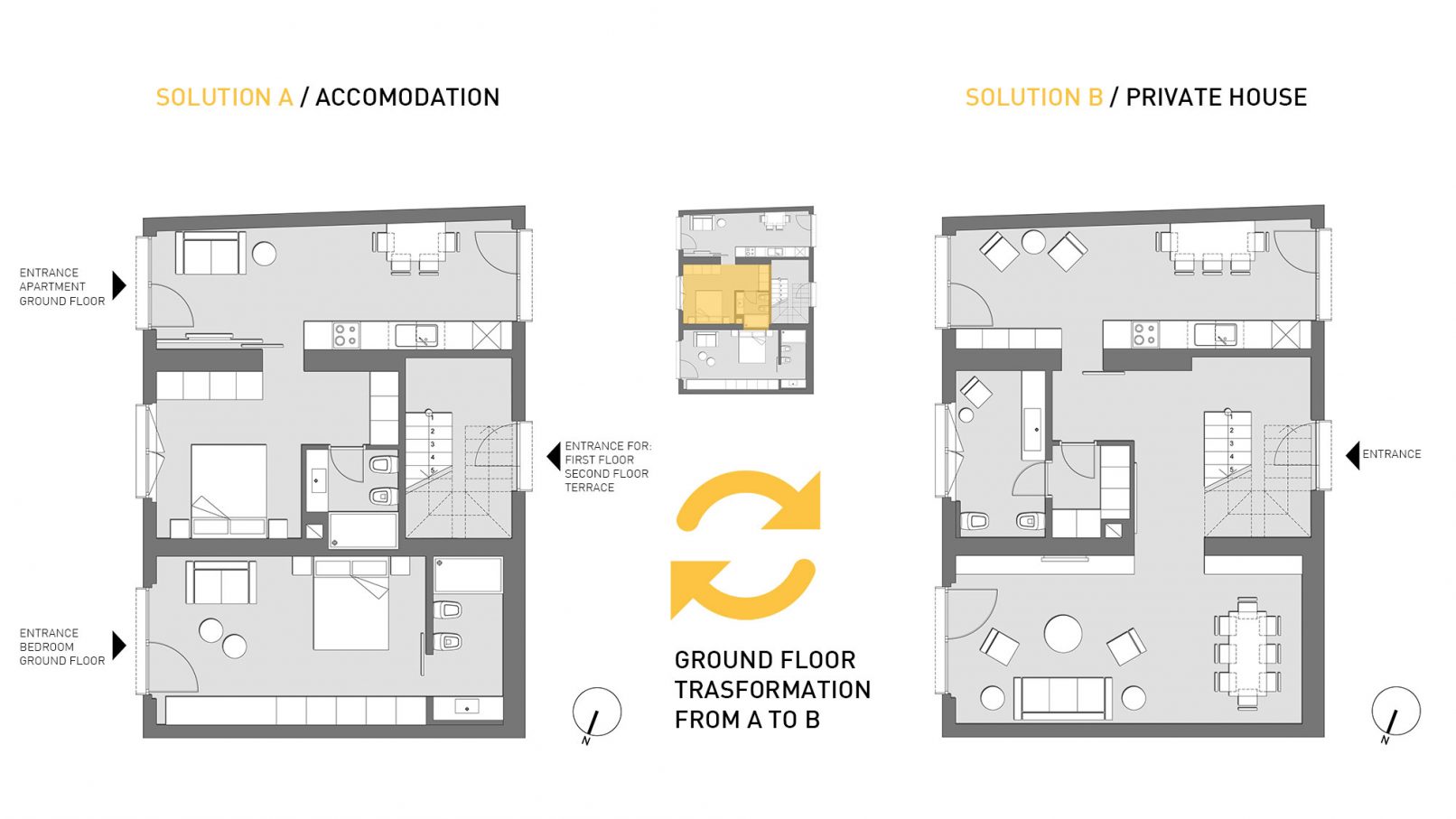 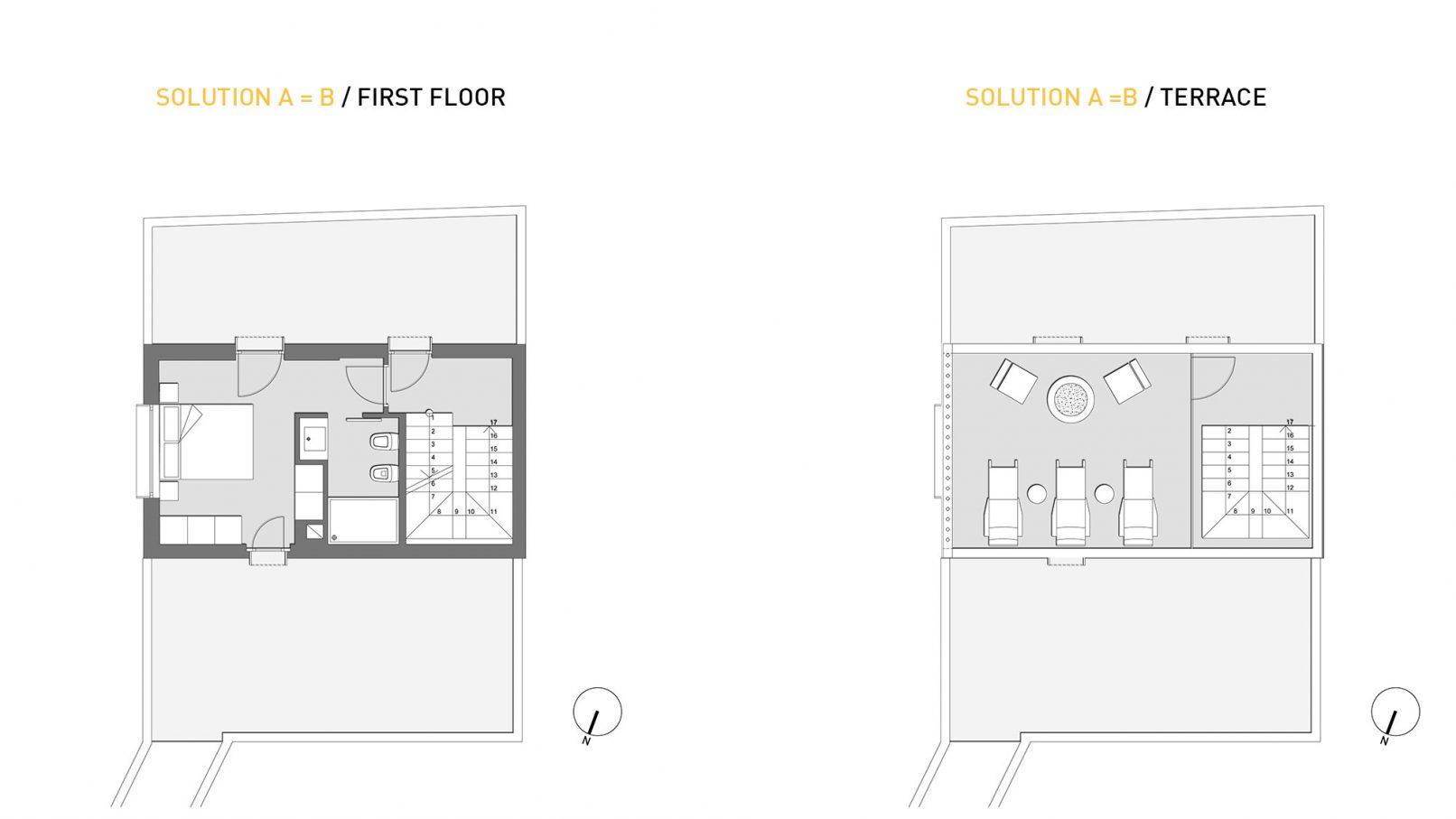 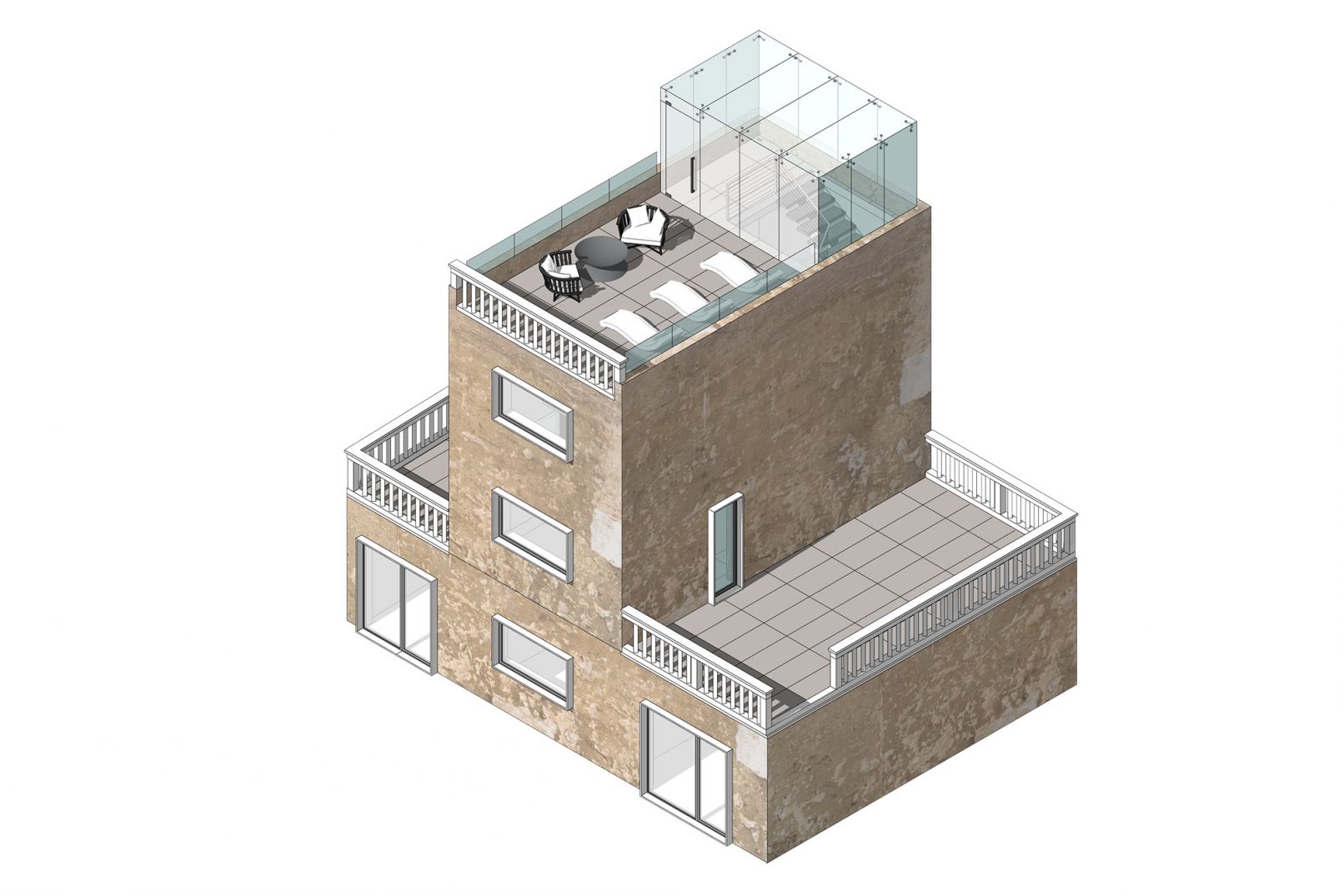 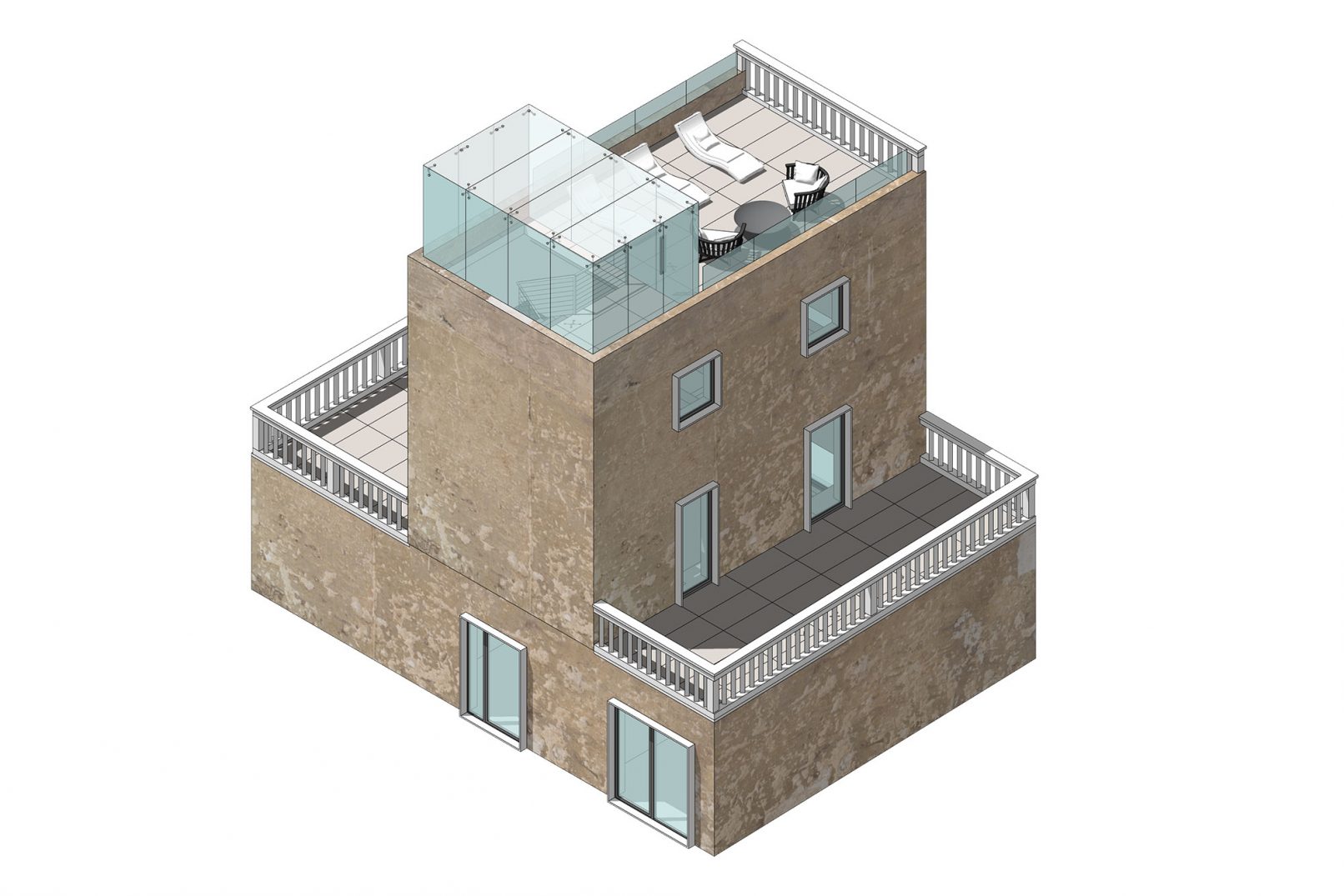 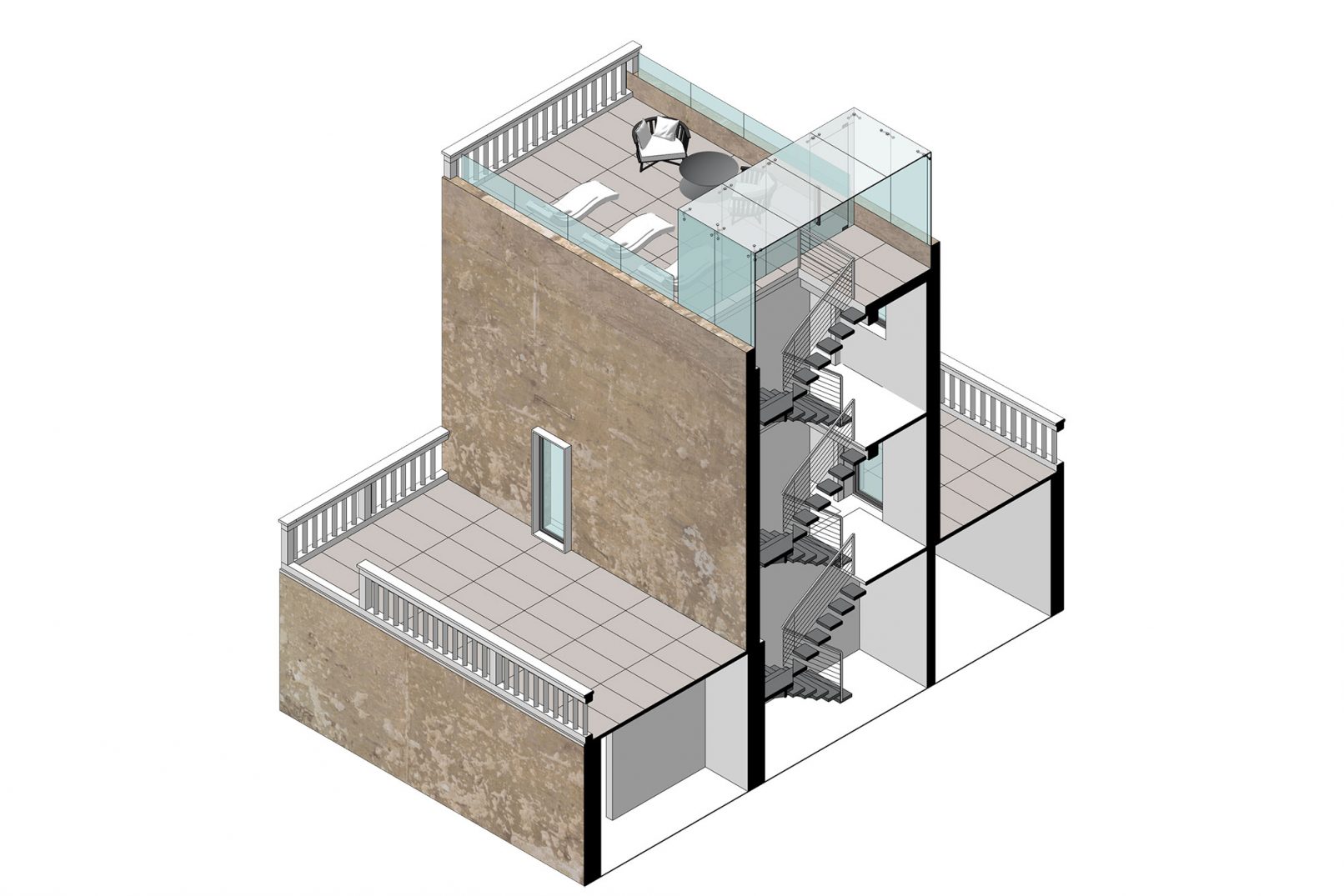